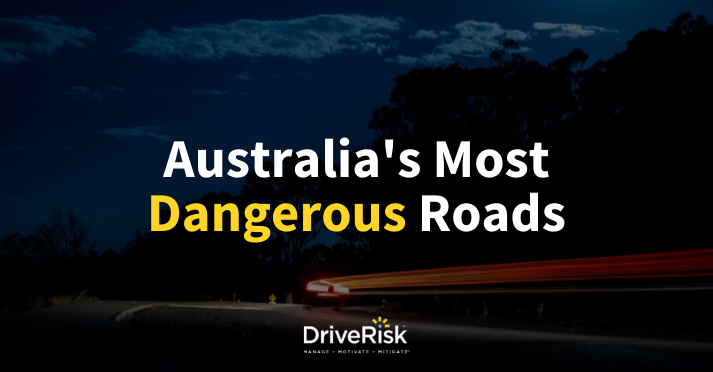 Australia’s most dangerous roads have been revealed in the 2020 Crash Index Data produced by AAMI. According to the data, and AAMI spokesperson, Paul Sofronoff, the identified hotspots are largely busy arterial roads that intersect with local streets and require a lot of stopping and starting, leading to a high number of collisions.

This can be seen in the most common type of collision being nose to tail collisions, caused by driver distraction and tailgating. It’s also been revealed that Fridays are the most problematic day of the week for collisions in Australia, particularly in the afternoon rush home for the weekend and afternoon school pick up.

After analysing more than 350,000 insurance claims between 2019 and 2020, AAMI Crash Index reveals the top accident-prone locations in their respective states.

Most dangerous roads in Australia according to each state

The high collision rate is due to a combination of factors, including several lanes running in either direction, multiple entry and exit points, numerous traffic lights, and a tram track running directly through it. 22% of collisions on this stretch of road occur on Thursdays, particularly in the afternoons.

In its 32km length, Springvale Road has two major problem spots, located in Glen Waverley and Springvale. Both locations took out second and third position for the most dangerous roads in Melbourne, according to the 2020 AAMI Crash Index.

The growing population and dense traffic, as well as tailgating and driver distractions, combine to make this stretch of road especially troublesome.

Again, heavy congestion and lack of driver awareness are to blame for the heightened number of collisions in the area.

Hume Highway comes in fourth for most collisions in Australia and first for Sydney (AAMI Crash Index, 2020). The most prominent causes of collisions in the long stretch of highway were found to be driver fatigue and tailgating, with almost 40% of all collisions occurring on Wednesdays and Thursdays during evening peak hours.

Pennant Hills Road is a notoriously dangerous stretch of road, particularly in the Pennant Hills and Carlingford sections.

As infrastructure booms in these areas, so too does the number of motor vehicles, and with it a higher rate of collisions, typically due to driver error.

The major stretch of road connecting Parramatta with the western end of Anzac bridge is frequently travelled by a large number of NSW motorists.

The high traffic density has caused a significant number of collisions; however, those numbers seem to be improving, with Victoria Road dropping from the second-most dangerous road to the fourth in 2020 after the Hume Highway and both sections of Pennant Hills Road (AAMI Crash Index, 2020).

Gympie Road is a frequently travelled road for motorists, particularly those heading to and from the Brisbane CBD. The stretch of road between Chermside and Aspley has been recognised as one of the state’s most dangerous roads for the heightened number of collisions, 21% of which occur on Wednesdays during the morning rush (AAMI Crash Index, 2020).

Logan Road has been creeping up the most dangerous roads in Brisbane ladder the past few years, now scoring itself as number two in Brisbane. With heavy traffic travelling into the CBD and Griffith University, it’s no surprise that a significant number of collisions occur on this stretch of road, particularly the Creek Road intersection.

Though Morayfield is 45km away from the heart of Brisbane, it’s been revealed as the third most dangerous road in Brisbane. The busy strip has a number of entry and exit points and traffic lights, and when congested, it’s been shown to cause a heightened number of collisions, generally caused by human error.

The Great Eastern Highway in Midland remains the number one most notorious collision site in Perth. As uncovered in the 2020 AAMI Crash Index, failure to give way was the most common reason for the high number of collisions, and Tuesdays have proven to be a particularly problematic day with 26% of collisions, more so in the afternoons.

Nicholson Road has moved up to the second-most dangerous road in Perth. Driver error has been determined as one of the leading causes of collisions, with speeding and tailgating a common issue on this stretch of road.

Albany Highway has dropped a couple of positions since it was named Perth’s number one hotspot for collisions. And with more safety upgrades on the cards for the notorious highway section, things are looking up for Cannington.

The Department of Transport Main Roads in Western Australia is encouraging motorists to have their say on the proposed safety improvements. If you regularly take this route, have your say on the My Say Transport site.

Main North Road tops the list for the most dangerous road in Adelaide. Mondays and Thursdays have proven to be the most troublesome days for collisions, 22% of collisions occurring on these days, particularly during afternoon school pick up times (AAMI Crash Index, 2020).

Main Road in Blackwood has recorded a growing number of collisions, securing second spot in Adelaide’s most dangerous roads. The winding hills can be increasingly risky during wet weather, and drivers travelling this road should proceed with extra caution.

With Flinders University nearby, there are a number of students that frequent Marion Road. This particular road is also the throughway to Adelaide’s largest shopping centre, which during peak shopping hours can cause an increase in traffic and driver error, resulting in collisions.

In the bustling inner city is where you’ll find Hobart’s most dangerous road. It’s been revealed that 44% of collisions on Argyle Street occur on Tuesdays and Wednesdays, particularly in the mornings during school drop off times and work commutes (AAMI Crash Index, 2020).

Macquarie Street closely follows Argyle, with heavy traffic causing a significant number of collisions, placing it second as Hobart’s most dangerous road. With notable population growth in the area and the dependence on owned vehicle transportation, collisions caused by human error continue to be an issue on this strip.

As one of the busiest highways in Hobart, it’s no surprise that Brooker Highway comes in as the third most dangerous road in Hobart. Carrying thousands of motorists a day, the highway stretch records many collisions, and at higher travelling speeds often resulting in more serious collisions.

How can we improve the most dangerous roads in Australia?

The wheels have certainly begun rolling on the National Road Safety Strategy with a heavy focus on improving the safety of our roads, vehicles and drivers. Although it is necessary that we tend to the influencing factors in the external environment, it is also crucial that we address the root cause.

Driver distraction and tailgating are the two leading causes of collisions on Australia’s most dangerous roads. In order to reduce the number of collisions, we need to change our attitude and behaviours around road safety, and that begins with identifying our actions, and correcting them before a collision occurs.

DriveRisk is committed to improving driver safety with ​​industry-leading driver safety monitoring systems that enable fleet operators to identify and correct unsafe behavioural patterns. Find out how our state-of-the-art fleet risk management and vehicle tracking solutions have been proven to significantly reduce collisions, even on the most dangerous roads in Australia.