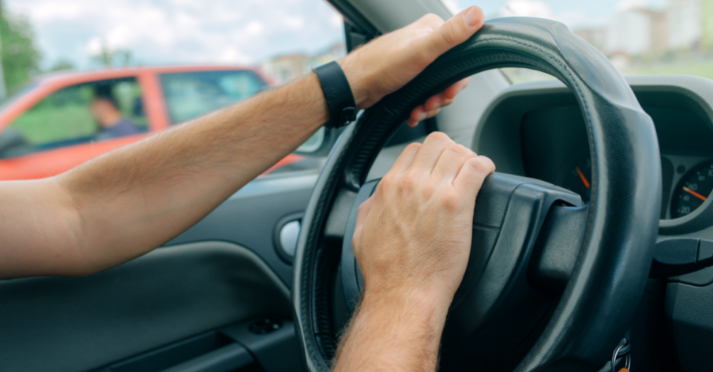 18 May Encouraging a safe following distance when driving

Every Australian should have the right to safe following distances when driving. Unfortunately, however, this isn’t the case for the majority of motorists. Tailgating is a form of aggressive behaviour and involves a driver following another at an unsafe distance, often intending to overtake.

73% of Australian motorists have reported experiencing road rage, with tailgating as the most prevalent form (Finder, 2020). Whether intentional or not, it is a dangerous form of driving and results in a large number of rear-end collisions and more serious multiple car pile-ups.

Critical following distances are even more dangerous again and pose a significantly higher likelihood of collision.

If a driver maintains a following speed of 1 second or less, they are considered to be engaging in a critical following distance.

The best rule for maintaining a safe following distance is allowing at least 3 seconds between you and the vehicle in front of you.

Add an extra second or more to maintain a safe following distance for trucks, driving in wet weather and when driving at high speeds.

Encouraging your fleet to keep a safe following distance when driving

Intentional tailgating is often the emotional reaction to driving whilst aggravated. As a fleet manager, if you notice a driver showing signs of aggression on the job, you should step in and try to mitigate this emotional response for the safety of your driver and other drivers on the road.

With technological advancements like our signature vehicle tracking and event recording Lytx DriveCam device, fleet managers can analyse their drivers’ performance inside and outside the cab to provide coaching on risky behaviour and encourage appropriate following distances.

On the other hand, unintentional tailgating is usually caused by driver distraction, such as eating, texting and fatigue. With AI technology in DriveCam or in an early warning driver fatigue monitoring system like DriveAlert+, this can provide a second set of eyes in the cab to help drivers acknowledge when they have engaged in risky driving behaviours, and correct them immediately.

By first identifying the root cause of risky driving behaviours, we help you and your drivers control it before a collision occurs. Discover our successful model for long-term behavioural change through continuous monitoring, coaching and reinforcement.

Encourage your fleet to keep a safe following distance when driving, and let’s create safer roads for our community.