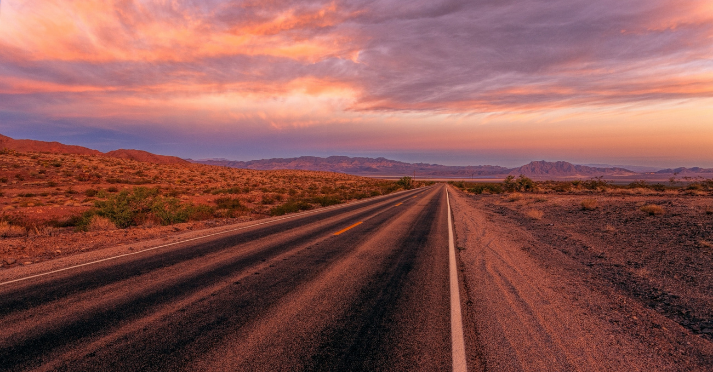 Australia is home to a vast network of rural roads that stretch as far as the eye can see. Yet, as essential as these roads are for driving our economy forward, they are the final resting place for far too many Australian motorists.

Rural roads account for 65% of the Australian national road toll, highlighting the need for major attention to rural road safety.

Historically, there has been only a slight improvement in rural road safety. Between 1999 and 2003, there were a total of 4,465 fatal crashes. To put that into context, that’s 17 fatal crashes per week in rural and remote areas across Australia (Austroads, 2006). In comparison, between 2016 and 2019, 3,739 fatal crashes occurred on rural roads which works out to be 14 fatal crashes every week (Peiris, Berecki-Gisolf, Chen & Fildes, 2020).

These staggering results demonstrate that in 16 years, as a nation, we’ve only achieved a reduction of 3 fatalities per week on our rural roads. So, what’s contributing to the unacceptable number of fatalities?

Factors contributing to the dangers on rural roads

Failure to adhere to the speed limit on rural roads is just one of many factors contributing to the danger on our roads. There are also several behavioural, environmental and vehicle factors that largely contribute to our road safety.

Some of the most prominent environmental factors include:

Some of the most prominent environmental factors include:

Of all vehicles, rigid trucks and articulated vehicles, and motorcycles are involved in most fatal crashes on our rural roads.

That’s not to say that truck drivers are to blame. In fact, one in five Australian road fatalities involves a truck, but the truck driver is usually not at fault.

Motorcyclists are also far more susceptible to fatal crashes because of the speed limits on rural roads and the vulnerable nature of the transport mode.

Some of the most prominent human risk factors include:

One of the major crash contributing factors on rural roads is fatigue. With rest stops few and far between on long stretches of roads, the likelihood of fatigue onset is heightened. In the event of a severe crash or fatality that is not explained by any other factor, fatigue is more often than not the culprit.

How to stay safe on rural roads

A reduction in severe injuries and fatalities sustained on Australian roads requires a holistic approach that covers every possible contributing factor.

When it comes to improving rural road safety, education is paramount. By educating drivers of the risk of dangerous driving, and altering the attitudes attached to non-compliance, we can significantly reduce the number of risky drivers on Australian roads.

Creating attitudinal change requires enforcement to hold our communities accountable for the greater good. There is a need for ongoing police enforcement to impose safety on urban as well as rural roads.

With human error being the biggest cause of collisions, advances in technology hold the key in creating sustainable change.

Rural road safety month begins on 1st August 2021 and aims to spread national awareness about rural road safety. As mentioned, little improvement has been made in terms of reducing severe and fatal collisions, and the more awareness we can spread about the national road safety problem, the better the outcome for all Australians.

By taking the Australian Road Safety Foundation pledge to drive safely, you promise to yourself and every other Australian motorists that you will:

Take the pledge today, and let’s all make a difference in rural road safety.