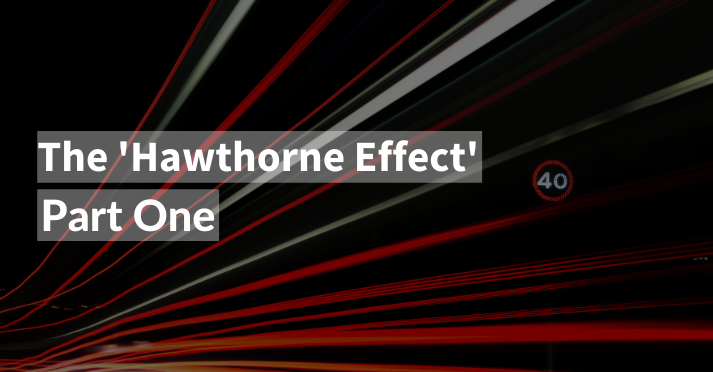 13 May The Hawthorne Effect – Part One

The Origin of the ‘Hawthorne Effect’

The focus of today’s blog were studies undertaken by a Telephony company in Cicero, Illinois in the 1920’s.

These tests continued over the course of a decade and encompassed over 120,000 staff interviews and assessments. Several research papers and individuals published works over the following decades.

The ‘Hawthorne Effect’ as it became known in 1958 when Henry A. Landsberger coined the now-famous term about his study, named for the facility where the studies took place ‘The Hawthorne Factory of Western Electrical’.

Two other tests were also performed, the Relay Assembly (1927 – 1932) and the Bank Wiring Loom assembly tests (1931 – 1932). Likewise, each of these provided future observational researchers with data and evidence that enhanced and influenced modern-day ‘Organisational Psychology’.

A New Field of Study

It may be best summed up by the Australian (George) Elton Mayo (he also coauthored the Wiring Loom Tests in 1931/1932) as “the human, social, and political problems of industrial workplaces”.

These ideas and studies led Mayo to become regarded as having established the science of what today is called  ‘Organisational Behaviour’.

Mayo described the Hawthorne Effect as a “Human Management effect”, basically how management can make workers perform differently because they feel differently. It was suggested that the productivity gain occurred because of changes in lighting conditions created “the motivational effect on the workers due to interest being shown in them”.

In discussing the Wiring Loom test, Mayo said: “the six individuals became a team and the team gave itself wholeheartedly and spontaneously to cooperation in the experiment.”

His theory was that the situation created a sense of ‘feeling free to do the work, not supervised. but more in control as a group’.

Whilst over the past 70 years, academics have differing ideas on how the data has been interpreted, the effects have been widely accepted.

What Does This Mean for Transport?

Professional commercial drivers are no different.

When being observed in the cab by a certifier or supervisor, safe driving and operational procedures are maintained and adherence to company policy is a natural outcome.

If we take Mayo’s position that the ‘Hawthorne Effect’ results in changes due to feeling in control of the process, enabling drivers to control in his own on-road behaviours then outcomes across several areas change.

(In a secondary blog, I will also cover the aspects of performance and results from the ‘Hawthorne Effect’ as a part of H.M. Parsons studies in my “The Importance of Feedback and Coaching”)

The practicality of a full-time trainer in the cab is not practical or cost-effective… But what if it was?

Technology such as Lytx’s DriveCam’s, Sensor Fusion 300 series – video event recorders can be used as an alternative mechanism for the “full-time trainer in the cab”.

It makes this process practical, efficient and cost-effective.

The system gives the driver control, empowering them with the ability to choose the appropriate behaviours and therefore control the technology.

Competent driving is rewarded, risky behaviour can be detected, analysed, and used to change behaviour and reduce on-road risk.

(In a secondary blog, “The Importance of Feedback and Coaching,” learn more about the impact of the Hawthorne Effect.)